How high-tech farming will reshape agriculture

Is California headed to 'megadrought'?

“The California Constitution contains a reasonable use clause, and there’s a lot of power within that clause,” said Minan, the USD law professor. “The problem is that the politicians would prefer not wrestle with agriculture.”

Under that clause, he said, regulators could limit the kinds of crops farmers grow, restricting high-water products such as rice, alfalfa and cotton. They could eliminate water subsidies, which allow growers to irrigate at reduced rates.

Where Next For Hay Prices?

U.S. Hay Stocks Nosedive To Record LowHay stocks were expected to be short, but many market watchers didn’t anticipate levels this low.

Plan ahead to ensure supply, specialist says
May 26, 2013

Times are good for California agriculture

This decade's investment: the agriculture play

We keep you informed of news that may affect your investments, as well as economic information from a variety of sources.

How to Bet on a Crisis

What would a smart investor have put their money into that day?

The two have delivered the equal best total return among major financial assets since August 9th 2007, according to research by Deutsche Bank, rising by 144%. The need to eat, of course, hasn’t gone away, while weather issues such as this year’s U.S. drought have caused periodic supply concerns.﻿﻿

Record drought is good business for some.

Because if you're a farmer and you have a pivot -- a farming word for irrigation system -- then you're probably not feeling the effects of the drought that is now plaguing more than 60% of the U.S.﻿

Among the factors Grantham cites are declines in grain harvests, obstacles to efficient irrigation, bad farming practices that undermine productivity and increasing weather instability including floods, droughts and heat. “The climate is changing,”﻿

“The general assumption is that we need to increase food production by 60% to 100% by 2050 to feed at least a modest sufficiency of calories to all 9 billion+ people plus to deliver much more meat to the rapidly increasing middle classes of the developing world,” Grantham said. 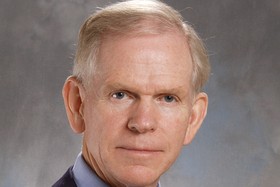 “I believe that this is substantially optimistic,” he wrote. “Much more likely, we will not come close because there are too many factors that will make growth in food output increasingly difficult.”

Drought of Ideas in Congress Is Worse Than in Farm Belt

Such a benefit would be on top of existing crop insurance programs, whose total cost this year might amount to as much as $9 billion. This isn’t insurance that compensates farmers for actual losses; it’s a wealth transfer, plain and simple﻿

This was supposed to be the year of farm-bill reform. Congress eliminated the $5 billion in annual direct payments to farmers. But it replaced one indefensible jackpot with another, offering crop insurance that would put at least an additional $3 billion a year into farmers’ pockets, and possibly much more if commodities prices fall.

Drought Worsens for Farmers and Ranchers

“I’ve not got a choice,” Ray Alvis, a farmer, told KY3. “No hay handy, what there is has not got any food value. So, the best thing to do is to sell out and downsize to where I can build back,”﻿

"The world is facing a new food crisis as the worst US drought in more than 50 years pushes agricultural commodity prices to record highs.﻿﻿"

CHICAGO, July 18 (Reuters) - U.S. corn fell on Wednesday in a pause to a 50-percent summer rally sparked by the worst U.S. drought since 1956 as investors cashed out profits, but losses were limited by expectations for the crop to shrink further as the weather remains hot and dry.﻿

A Deshler company is offering free alfalfa seed to farmers in an effort to encourage more to grow the crop used for animal feed.

“It might be a $50 billion event for the economy as it blends into everything over the next four quarters,” said Michael Swanson, agricultural economist at Wells Fargo & Co. (WFC) inMinneapolis, the largest commercial agriculture lender. “Instead of retreating from record highs, food prices will advance.”﻿

With low domestic corn inventories and falling expectations for this year's crop, Goldman Sachs analysts said in a research note Monday, "we forecast that high corn prices of $6.90 [a bushel] will be required over the next 12 months to achieve the necessary feed and export demand destruction."

"In particular, further U.S. production losses would require sustained ethanol production cuts, which we estimate takes place with a corn price above $8.00" a bushel, the research note said.

Farmer: Only so much Illinois can do to in response to drought

'We're going to run out of grass. It's shaping up to be scary,' says expert﻿

11 July 2012, Rome - While international agricultural commodity markets appear to have entered calmer conditions after record highs last year, food commodity prices are anticipated to remain on a higher plateau over the next decade, underpinned by firm demand but a slowing growth in global production, according to the latest OECD-FAO Agricultural Outlook.

Life is full of surprises. We try to avoid them. Above all, mitigating risk is our priority. We do this by controlling as many elements as we can in the investment process through expertise, financial and operational control, and insurance as a tool.